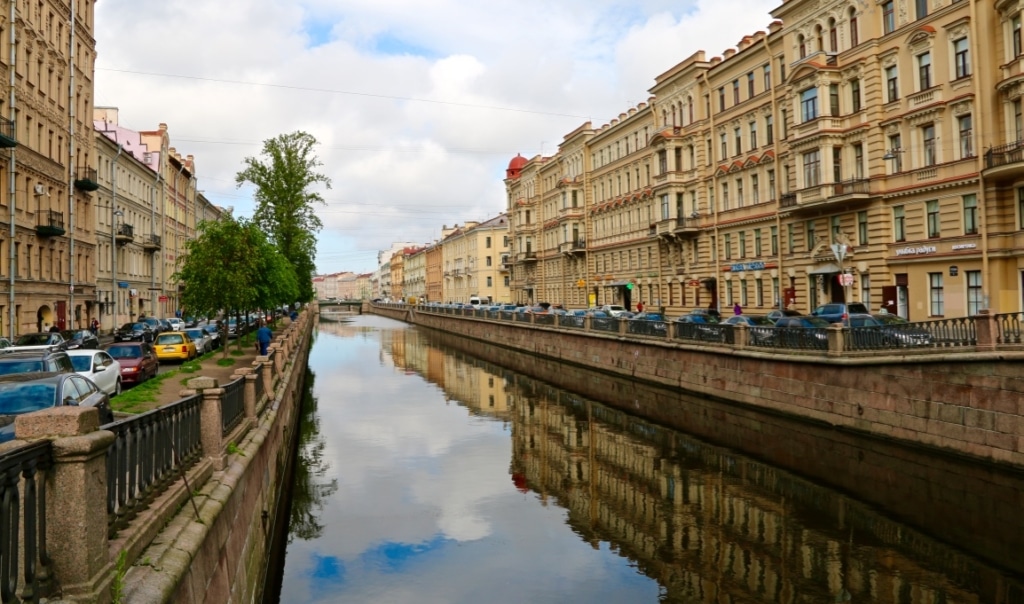 an update on safety concerns and educational opportunities
– February, 2017 –

Last year at this time, Russia was in the midst of a financial crisis and jolting through economic changes I then described as “tectonic shifts.” Despite this, Russians never really panicked and, in large part thanks to that, Russia’s economy fairly quickly settled into a “new normal.” Last year, I also wrote about the differences between viewing the Russian crisis from without and from within, with the world looking inside as if Russia was a train, speeding into potential chaos. Meanwhile, the Russians, onboard the train and moving with it, saw manageable challenges. This year, the view of Russia from the inside seems quite stable. The rest of the world, however, seems braced for what many fear or hope will be massive changes ahead.

Inside Russia, most of the volatility and turbulence that kicked off 2016 has subsided. The supply lines that were disrupted by Russia’s agricultural sanctions and rapidly changing exchange rates fairly quickly adapted to the new conditions, with more products coming from the Middle East, Asia, and Latin America. Prices have stabilized and inflation is now at a post-Soviet low. Russia is widely expected to return to very modest growth – both in terms of GDP and wages – in 2017.

Polls have shown that, after a year of volatility, stagnation, and now only modest growth, Russians have less faith in their government than they had at the beginning of 2016 (when it was, actually, markedly high). However, polls also show that more Russians than ever think that Russia is a developed country. They show that Vladimir Putin remains remarkably popular and trusted. Russians are feeling the economic situation in their pocketbooks, but the great majority does not see their environment as hopeless. Polls also show that only a small percentage of Russians would participate in renewed mass protests. Indeed, for most, the chaos that could come from rapid or radical change seems a far more concerning prospect than consuming less imported food and fewer consumer goods.

Russia looks to remain stable through the next year. Further, for better or worse, Vladimir Putin is almost certain to remain in power after the Russian presidential elections, scheduled for early 2018.

Watching Global Politics from Inside Russia

Many recent events appear to be moving global politics in Russia’s favor. More conservative parties with favorable views of Russia have gained power in many European countries, Japan has been working to warm relations with Russia, and even the US president-elect has been vocal about his intent to improve relations. However, in all of these cases, such efforts will face constraints – divided electorates, opposing power centers within governments, and, in many cases, legal hurdles.  In the US, Donald Trump’s cabinet picks, despite his voiced intentions, have appeared to advocate a hard line toward Russia.

Thus, what these changes may mean for Russia is uncertain. How these quite sudden political shifts might affect the economies of these major countries – which in turn could again negatively affect Russia’s economy, is also uncertain.

The most concerning change over the last year has been in the global media. Political discussion, and, in particular, discussion of Russia, has been polarized to such an extent as to make productive public debate on policy almost impossible. In many ways, this is an organic development of a process that began with the Internet age, which decentralized and de-professionalized journalism and allowed the public to increasingly filter the stories they consume from an almost infinite supply. That governments and other power structures have found ways to capitalize on this to pursue their interests should not be surprising, even if it is certainly concerning. What is most concerning is that viable and stable policy cannot be achieved in a democracy where debate and consensus have been made impossible. This is as true in domestic policy as it is in foreign policy.

How this Affects Students in Russia

Professional aspirations seem to have been the biggest change in our student population. Two years ago, perhaps 90% of our students were enthusiastic about any professional opportunity in Russia. Today, as the value of the ruble has sunk, the vast majority of our students are understandably uninterested in general employment opportunities. However, we’ve seen a marked increase in student interest in government work as international spotlights have shifted to diplomacy and security issues.

Anti-Americanism is not a concern. Russians are particularly adept at realizing that the actions and policies of a government do not necessarily reflect the will of all of its citizens. Today, many Russian newscasts carry man-on-the-street quotes from America that seem to indicate general American public support for Russia. Russians approaching Americans are very likely to ask for opinions regarding America, Russia, and recent events. In general, if Americans are willing to discuss issues within the context of expressing their opinion and coming to understand someone else’s, they will find a number of fascinating conversations waiting for them in Russia. Russians, on the whole, are also understanding of someone declining to talk politics.

In conclusion, a lot has changed, but a lot is also very much the same. Russia is still a great destination to open one’s eyes to just how different two separate groups of humans, each with a very different history and culture, can be – and yet still get along at least on a personal level. For this reason, extended time in Russia can be instrumental in expanding horizons and becoming more culturally sensitive. For anyone hoping to go into professions like government, diplomacy, or security or into academic fields like history, literature, or language, spending a least a few months in Russia should be considered mandatory. One can only truly understand that which one has experienced.

View all posts by: Josh Wilson

Also in this Section

Thanks again to (SRAS Assistant Director) Josh Wilson for being so helpful with getting us started! At our concluding discussion class yesterday I asked the students to write and then present five “Kliuchevykh slov” about their experience. Several of them wound up referencing Josh’s comments about trying to observe without judging, which he made during the Moscow Walking Tour. Thanks for helping me teach this course!

A long overdue thank you for the wonderful trip you and your staff planned for the Drew group in St. Petersburg. I have never had a trip where NOTHING went wrong. It was a terrific experience from start to finish, your staff was superb and St. Petersburg Economics University was a marvelous host. We enjoyed each and every lecture and guide, and the many fine added touches. I would love to do this again.

My research went exceptionally well. I couldn’t be happier and there is no way I could have done this without (SRAS Research Coordinator) Andrei’s help. I’m so glad you set me up with him. Really, he was extraordinary. He helped me time and again. Next year I hope that I will have a chance to pay him to help me again with RGASPI. In short, thanks to you, again, my experience in Russia was outstanding.

Just yesterday my student successfully defended her honors thesis on environmentalism around Lake Baikal, a project that would not have been possible without the fieldwork that she conducted on her SRAS study abroad program in Irkutsk. I hope to see more such projects in the future and will keep directing students to SRAS programs!

At Stetson, we’ve used SRAS to arrange all of our student study abroad trips for the past five or six years. During that time we’ve sent dozens of students on summer- and semester-long programs in Moscow, St Petersburg, Nizhny Novgorod and Irkutsk. In every interaction I’ve had with them, SRAS has been prompt, reliable, knowledgable, courteous and quick to lend a hand when needed.

I’ve studied in Irkutsk and St. Petersburg with SRAS, but [Bishkek] is, by far, my favorite because of the intense focus on speaking skills. I spend about three hours, 4 times a week speaking one-on-one. It’s such a unique opportunity! The people are also especially friendly here. My homestay is fantastic, the coordinator is a never-ending wealth of help, and the food of Central Asia is delicious.

We had a great time overall. The students were super impressed with SRAS — the guides, the accommodations, the excursions, etc. The guides were super knowledgeable and kind–the only thing that would improve the tours is volume. They tend to speak quietly so a few people who can’t hear lose interest. But we loved the Hermitage art project and Novgorod, and the bunker, and going behind the fountains at Peterhof, and the boat to Peterhof… We loved everything!

I am very grateful to you for all your invaluable help with different aspects of the trip, the visa process and finding housing – it has all made a tremendous difference in making the trip go smoothly! (SRAS Research Coordinator) Andrei helped me a great deal, not just in terms of getting to know the different procedures for each of the archive centers, but also in offering his own insights from his own research experiences. I am very grateful to him for his patience, helpfulness, and thoughtful… END_OF_DOCUMENT_TOKEN_TO_BE_REPLACED